Home » The Most Common Pasta Shapes (And When To Use Them)

The Most Common Pasta Shapes (And When To Use Them)

Pasta. A staple meal base for millions of people around the world.

But while you may reach for either the spaghetti or fusilli in your cupboard, did you know that there are actually dozens of forms out there? You may even find there is a best pasta for the job.

While the history of pasta is a little bit cloudy, with rumours of Marco Polo bringing it over from China but Roman politician Cicero, who lived from 106 to 43 BC, supposedly mentioning he had a passion for said pasta, one thing is certain – pretty much every kitchen in the UK will have a packet.

These are the most commonly found pasta shapes which are widely available, and able to be made with a pasta maker if you’re lucky enough to own one: 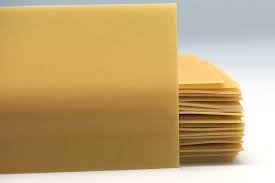 You could say this is pretty much the basis of all other pasta forms. Long, flat rectangular shapes of pasta, baked into the dish which it lends its name to. This could either be tomato and meat-based like the traditional form, or using creamy sauce and vegetables such as spinach and aubergine 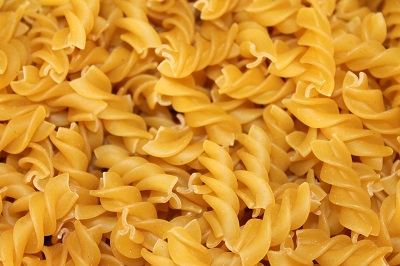 As mentioned, perhaps the most popular, most widely available and cheapest to buy, and most pasta makers will come with a dedicated fusilli attachment. Most commonly served with tomato sauces as an alternative to spaghetti

Talk of the devil. These are the long, rounded thin strands of pasta which give their name to dishes such as Bolognese or Alla Carbonara. These are the ones which Marco Polo supposedly brought over from China as an alternative to noodles. Great with sauces

A lot thinner than spaghetti, and you’ll often see it sold in a nest shape, like dried noodles. The idea is that it is placed straight into the water , and it keeps its shape so is lifted out and topped with sauce and seafood. Also found in soups as a small pasta shape alternative

This pasta lends its name to the dish ‘mac and cheese’. They are short narrow tubes made from durum wheat, and this is why they hold sauce so well. They would also be great with a tomato or cream sauce for this reason, but it isn’t traditionally how they are found 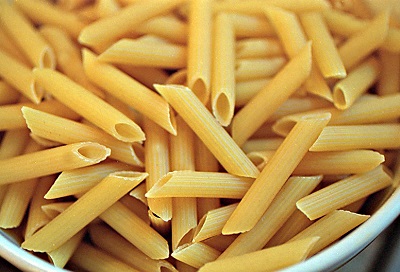 The cylindrical shaped short pasta types. Best served with sauces either with a tomato or cream base, as they can hold the sauce inside the tube for a richer flavour. Can sometimes be found stuffed with cheeses such as ricotta in Italian restaurants

Like a flatter, broader version of spaghetti. Very easy to make at home, as it is basically sheets of lasagne cut into ribbons. Can be served with sauce just like spaghetti, but is most commonly found as a bit of a side dish in a creamy sauce alongside pork, beef and mushroom

Even wider than tagliatelle. Great with creamier sauces again, such as mushroom or onion based flavours

Very similar to tagliatelle but longer, and while the exact name for it differs around Italy, it is mostly found in Rome. Outside of Italy, you’ll likely find fettucine served with Alfredo sauces 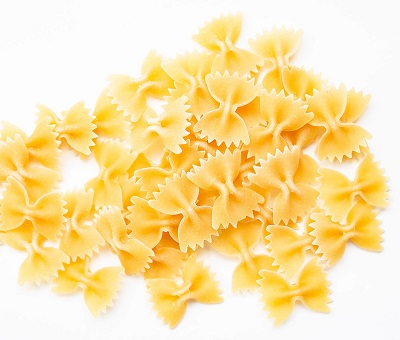 If we say ‘the bow tie pasta’, we know you will know what we mean. Doesn’t hold sauces well so best served in pasta salads or light meals

Whereas spaghetti is long and rounded, linguine is long and flatter. Can be used in the same way, but also the preferred choice with seafood dishes over spaghetti and tagliatelle

Thought to have originated in Naples, this pasta is large and tubular and found stuffed with meats, cheeses and vegetables. You may see it presented as an entire dish in restaurants. This will often be a spaghetti bolognese filling topped with sauce and cheese, and baked in the oven al forno. Spinach and cheese alternatives are common, as are those with fish 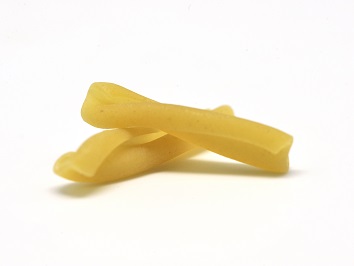 Like little flat oblong pieces of pasta, both ends curled into the centre in a bit of an S-shape form. It was originally founded in Sicily and remains one of the most popular forms there, and is mostly served with seafood dishes

A very large tubular shape, shorter and wider than penne. Usually found with tomato dishes as the pasta holds sauce inside, and great with sauces with heavy accents such as garlic or spices for more impactful flavour

The perfect cross between penne and paccheri. Slightly larger than the former, with ridges down the sides. Commonly found with meat ragus, but also perfect with lighter sauces which may be served with salads or side dishes

A square shaped pasta, often with ridged edges. Two squares are placed together, sealing the contents. Stuffings often include meats or cheeses, often combined with vegetables. Good served plain or with some tomato sauce

Another stuffed pasta, but this time they are rounded and curved. Usually found with cheese fillings or meat just like ravioli, and better if using sauces too

Larger than its cousin, tortellini, but with more of a dumpling consistency. More commonly found with cheese and vegetable stuffings as opposed to meat. Spinach and ricotta is the most popular form 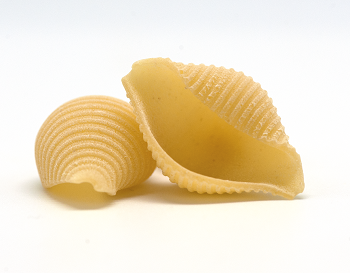 Shaped like a conch sea shell, as suggested in the name. One of the most popular forms in Italy as it holds the most sauce, and it can also be found in thick casseroles

No one shape can describe this option. They are oddly shaped, with people often saying they resemble coral from the ocean. Great with thicker sauces, but you often need a lot of shapes to make an impact

Around 3/8 of an inch long, they are short tubes of pasta best served in salads and soups

It looks like rice, but is actually pasta. Orzo is the Italian word for barley, too. Because of this, if you go to Italy, you’ll see it called risoni (big rice) instead. Great in soups and salads again, as an actual alternative to rice or with pesto. Traditionally served in minestrone in Italy 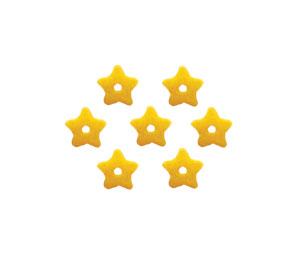 Little star shapes of pasta. Their origins are contested, but they are one of the most common options found in soups

This is an Italian word which means ‘little worm’ – but don’t let that put you off. It is shorter than spaghetti and similar in shape, but there are thickness variations depending on where it was made

This word means ‘little cat whiskers’. Again, not the most appealing. Found in the Puglia region, and added to soups as a thickening agent more than a base 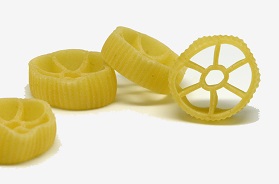 Shaped like a wagon wheel. Great with both sauces or in salads, and mostly used by those who want to inject a bit of fun into their dishes

The Italian for ‘twins’, this is two short strands of pasta twisted together. It works best in light sauces or just with oil