Fridge/Freezer Disposal: How To Safely Get Rid

Did you know that in the UK, more than 3.5 million refrigerators are disposed of each year? It’s true. While it’s not unusual for a fridge to last more than 20 years, the average fridge lasts a more modest 11 years.

Most people will probably read the above statements and think “What’s the big deal?” Well, the big deal is that most modern fridge-freezers contain environmentally dangerous materials, and if 3 million of these things are being improperly disposed of each year then the environment is taking a beating that will likely come back to haunt future generations.

As such it should be apparent that just cleaning out the fridge when you’re done with it and dumping it at the kerbside is not the responsible thing to do. But even taking it to landfill may not be enough.

What Are The Harmful Materials In A Fridge? 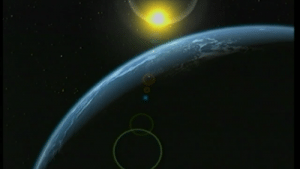 If your fridge was made before 2000, there’s a good chance it contains chlorofluorocarbons (CFCs) or if it was after this, it will have been replaced by hydrochlorofluorocarbons (HFCs). These materials can be found in the fridge’s insulation and refrigerant and when they break down they release a chlorine atom that attacks the earth’s ozone layer.

CFCs were still used to produce insulating foam until 2005 too. While HFCs are seen to be less damaging, they are still a potent greenhouse gas with an effect on the atmosphere 3,830 times that of carbon dioxide over a 20-year period. So just imagine how bad CFCs were.

As a planet and species, we already went through one ozone depletion emergency some years back. The last thing we need is another. Depleted ozone allows harmful levels of UV radiation to reach us and cause a variety of ailments including skin cancer.

There may also be oil in the mechanics to keep the compressor running smoothly. While this amount will be tiny and not enough to make an impact itself, think about this multiplied by 3.5 million. That is an awful lot of damage which could be caused.

How Do I Know If These Materials Are In My Fridge?

The simplest way is to determine when the fridge was manufactured. If it was prior to 2000 there’s a good chance it contains CFCs or HCFCs. You can also look for the manufacturer’s plate on the fridge which should include refrigerant information.

What Happens to Recycled Fridges?

If properly disposed of, your refrigerator will be transported to a dedicated recycling plant. Except for the hazardous materials, nearly the entire rest of the fridge is recyclable. The fridge will be broken down in a sealed environment to prevent any CFCs or HFCs from reaching the atmosphere and then… 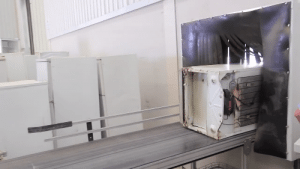 Disposing of a refrigerator is no laughing matter. It must be done following established guidelines and protocols in order to safeguard the environment for future generations. Make sure you follow the above tips and your old fridge will either wind up ably serving someone else or will meet its end in a controlled, responsible manner.

When the time comes to get a new appliance, be sure to check out our reviews for the best fridges, best freezers and best american fridge freezers so you can be sure you get the right appliance for you and your home.