Descaling – Which Appliances Need It

Descaling is the process of removing built up layers of calcium from things that are in constant contact with water; typically ‘hard’ water from municipal sources. Boilers and heat exchangers are often laden with calcium deposits of this sort.

But common household items that use or are in frequent contact with water such as kettles, coffee makers, steam irons, and more – along with bathroom taps, shower heads and bathroom surfaces – also require periodic descaling. That’s because if the calcium build-up – or limescale – is allowed to accumulate unimpeded it will ultimately impair the performance of appliances and sully the appearance of various surfaces

Descaling sounds like a complex process involving labcoat wearing chemists and quarantines but it’s actually just common sense, a few readily available materials like vinegar and occasionally a bit of elbow grease. By employing the following tips you can return the various appliances and surfaces in your house to pristine condition.

The kettle is constantly being filled with tap water meaning that over time calcium deposits will begin making themselves known. Fortunately, descaling the kettle is a fairly simple process. 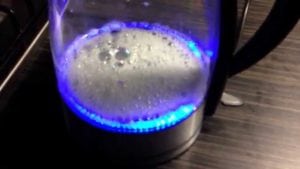 The process of descaling your coffee maker is similar to descaling the kettle just tweaked a bit to accommodate the coffee maker’s process. 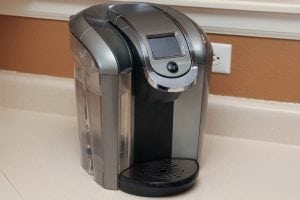 Limescale is easy to see on the surface of your steam iron and it can leave behind unsightly streaks on your clothes if it’s not removed. Therefore it’s important to descale your steam iron as soon as you notice any build-up. To do so:

Any item that is in constant contact with tap water is bound to eventually accumulate limescale. This includes bathroom taps. To remove this calcium build-up from your bathroom tap:

Most people will default to using commercially available chemical cleaners on the shower head but there’s really no need. As with the above items all that’s typically required is the proper application of vinegar and/or citrus juice such as lemon juice. The process of descaling the shower head using this method typically unfolds as follows:

After all this, if you still see limescale on the shower head scrub it with an old toothbrush using vinegar or citrus juice until the scaling is gone. If you still see small bits of calcium deposit in the tiny holes of the head after scrubbing it use a pin or toothpick to dig them out. 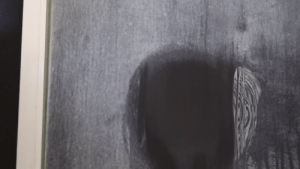 Limescale is often readily apparent on glass shower enclosures that have been in use for some time. To remove it:

Flat surfaces like shower enclosures along with bathroom tiles etc. are typically much easier to clean than taps, shower heads and kitchen appliances.