Home » Cooking With Yoghurt: 10 Ways To Get Creative

Cooking With Yoghurt: 10 Ways To Get Creative

Yoghurt isn’t just for eating in a pot on its own for your breakfast. It is one of the most adaptable ingredients in cooking, especially when making savoury dishes or baking.

If you make your own using a dedicated Yoghurt Maker, then you’re probably left with some once you’ve used it for whatever you need it for. You won’t want it to go to waste, so here are some ideas on how you can use any leftover yoghurt sitting in your fridge (or you can just use them as an excuse to make more…)

Yotam Ottolenghi’s latest book, Ottolenghi Simple, has topped the charts all around the world, and the recipes are packed with flavour despite being pared back compared to his older inventions.

Tomatoes are readily available most of the year, and this is a perfect way to celebrate them. Just char them and set them on a bed of cold yoghurt, and the two ingredients combine perfectly all by themselves. You also add chilli flakes, cumin and lemon amongst other things, but there’s no reason why you can’t experiment.

Izy Hossack from Top With Cinnamon has handily provided the recipe online for ease, and it is so simple to follow.

You read that correctly. Two ingredients. Greek yoghurt and self raising yoghurt. We’ve already said how yoghurt can be a wonder ingredient, but this really shows it off in all its glory.

Follow the easy recipe by Stay At Home Mum, and be prepared to want pizza for dinner pretty much every single night.

Moroccan-style Chicken With Couscous And Yoghurt 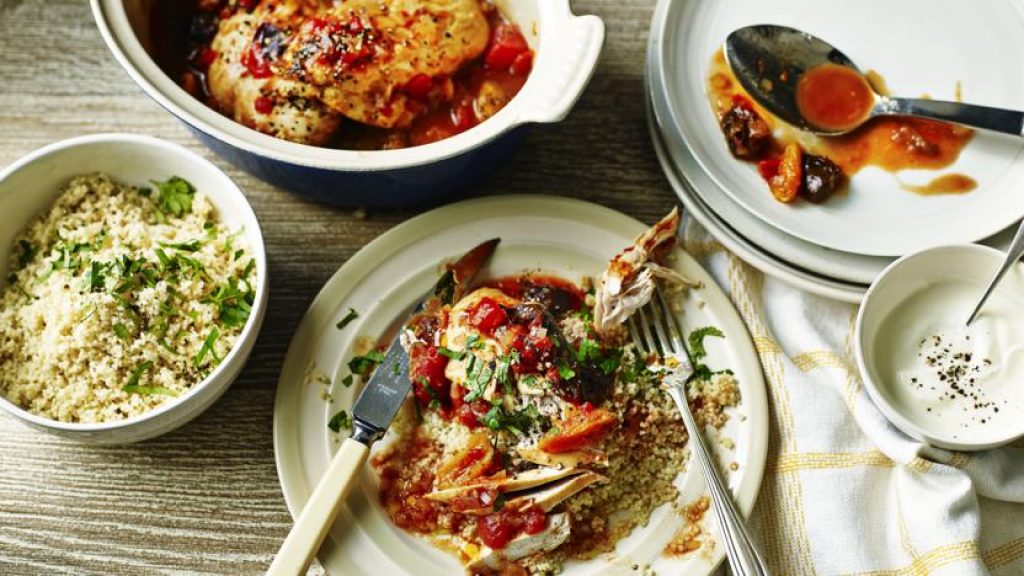 Yoghurt is ideal for knocking down spicy food a few notches. This one pot tagine (which can be made in a slow cooker for ease) is full of flavour, and the yoghurt works so well alongside the couscous and fruit for the full Moroccan experience in your own home.

Half a cup of plain yoghurt is used in this recipe from Recipe Tin Eats to make what can only be described as an absolute classic of a dish. Everybody loves a good curry, and tikka masala is flavourful while not being too spicy (so you can actually still enjoy it).

So free the cupboards of ready-made jars of curry sauce, and have a go at making it yourself using your yoghurt. Serve with naan bread and rice and settle down in front of the telly. 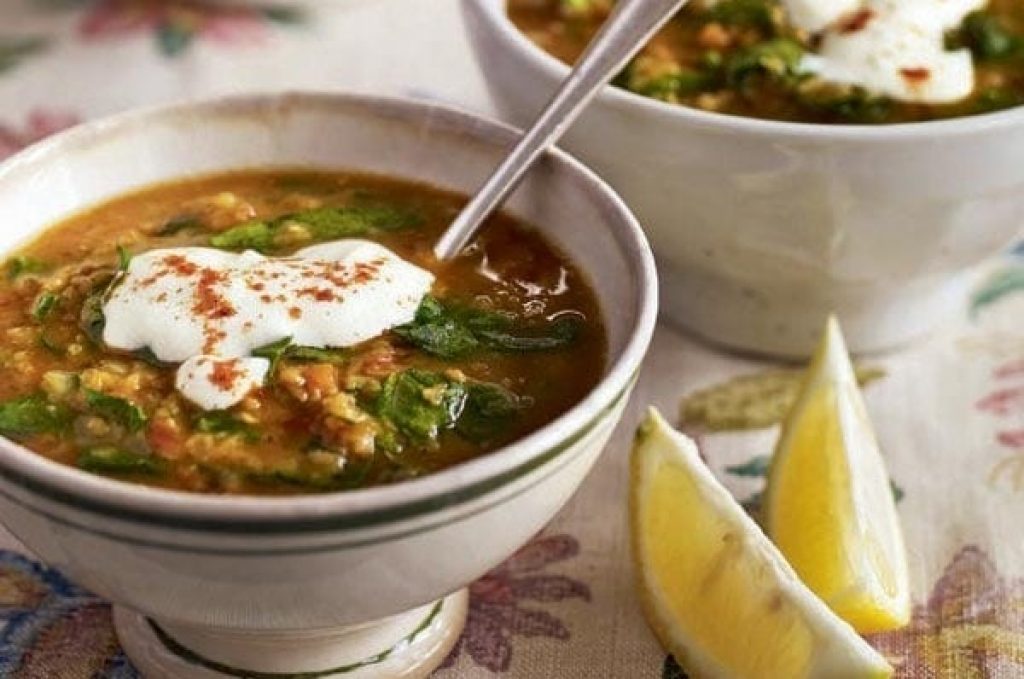 A soup with a bit of a twist, but packed with loads of vegetables. And, all the ingredients can probably be found in your cupboards or fridge right now.

The yoghurt adds a really different approach to the soup, giving a different texture and also lightening the spices perfectly. Plus it is vegetarian, and can be made pretty much all year round.

You don’t have a proper kebab or gyros unless you have a dollop of tzatziki on there too. Yoghurt is used as the base, and there is the addition of cucumber and lemon for a thoroughly fresh. It is so easy to make that you can whip it up as the homemade pittas or flatbreads are cooking and the meats are marinating. 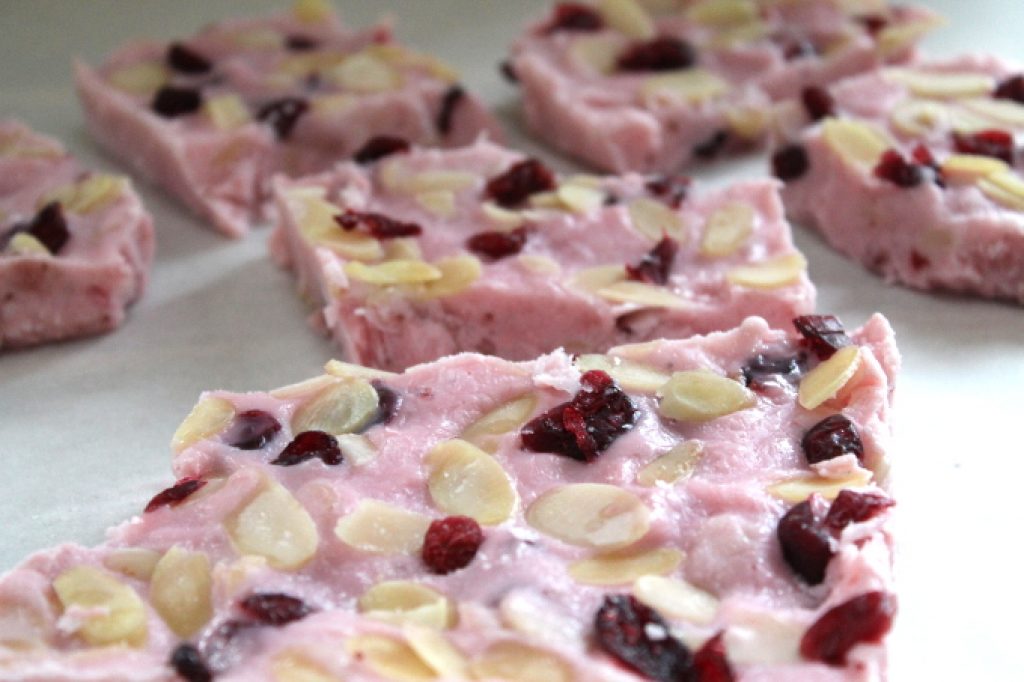 When the weather gets hot, reaching for an ice cream is pretty much a done deal. But sometimes, you want something which is a bit healthier than ice cream (which means you can eat more of it, right?)

Thankfully, My Fussy Eater has the answer. These little cubes of frozen yoghurt are just like the real thing, and you can even pack them with nuts and fruit like Ciara has in the recipe to try and work towards your 5-a-day too. Perfect to whip up when there is a frozen treat emergency, too.

Yoghurt isn’t just for dolloping on dishes and using as a base for dips. When added as an ingredient into a cake, it makes a deliciously soft base.

This recipe from Fat Mum Slim is not only ridiculously easy, but perfect for when you want a lighter treat with a tangy taste. 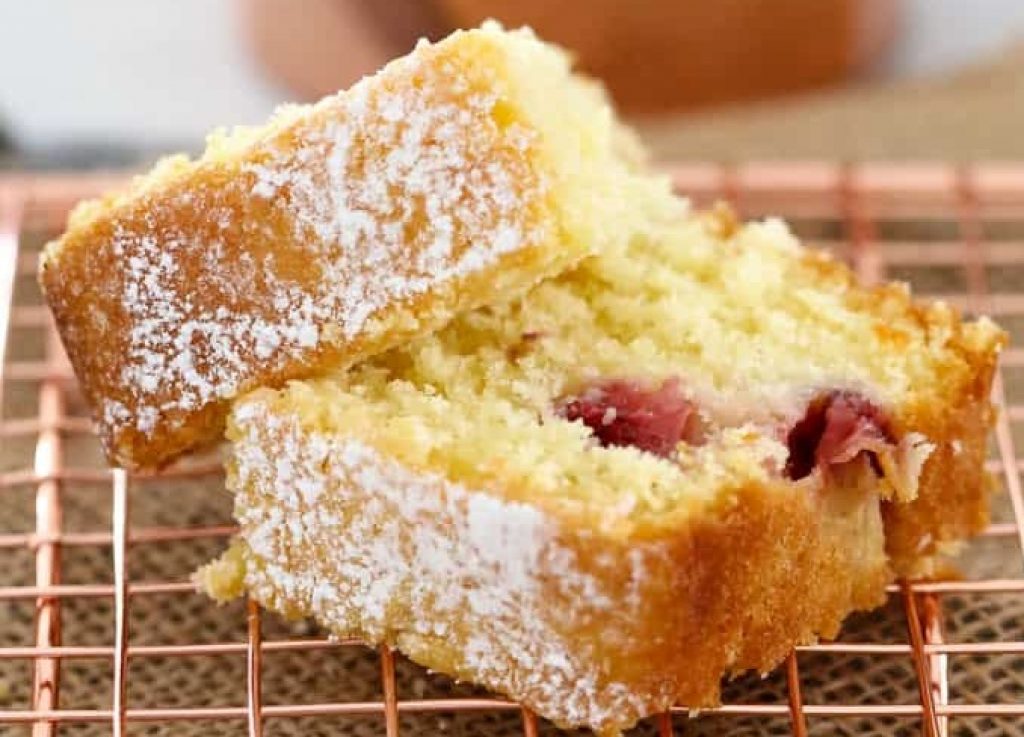 Another easy cake to make, this time from Bake Play Smile, but this one uses strawberries so is ideal for those summer months where they are in abundance.

It is freezable, so you can take out a slice when the cake craving hits. You can substitute the strawberries for frozen berries or whatever is in season if you want to make it year-round.

We’ve been adventurous with the rundown, but this is still probably the most common way to use plain yoghurt. And it is unbeatable, really.

Mix with berries for a delicious compote-based treat, perfect for puddings or as a breakfast when mixed with granola or even on pancakes.