Black Friday was once the absolute best weekend to grab a bargain on pretty much anything you wanted. From clothing to homeware and appliances, items were heavily discounted and people scrambled to the shops as soon as they opened.

But now, there are sales throughout the year. You can’t watch a set of television adverts without hearing the ‘S’ word, and the rise of online shopping means retailers can hold events a lot more regularly.

So this begs the question – is it still worth waiting until Black Friday to seal the deal? We have compiled a guide on when to wait, and when to go for it when it comes to home appliances:

Want to look through the best Black Friday deals anyway? Check out our picks of the best offers for 2019.

Traditionally, TV’s are one of the biggest appliances to see prices slashed on Black Friday as opposed to randomly throughout the year. Nobody can forget that scramble as shoppers physically battled to grab a discounted set way back in 2014.

But since things have moved online, you don’t have to combat too much. High end technology such as 4K and 50”+ screens has seen a huge boost in overall demand, as people want to have the best home cinema set up possible. Match this with the rise in box sets, streaming and people having nights in and you have one of the most sought-after bargains on Black Friday.

Televisions which are at the higher end of the price scale will see costs slashed. There is an ever-revolving door of television technology so brands aren’t too fussed about this as they know they will have a new model out in a few months time.

The good news is that pretty much all online retailers sell TV’s so you can really shop around. We have compiled a list of the how to find the best TV deals for Black Friday 2019. 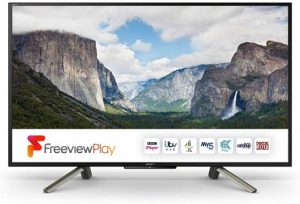 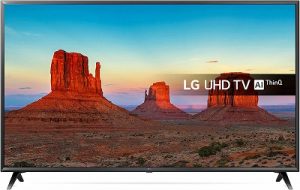 Amazon Echo’s are the big name in this sector. And it just so happens that Amazon are one of the biggest Black Friday competitors around. So expect to see their own-brand speakers drop on this day – the likelihood that they will drop elsewhere in the year is low.

But other smart speaker brands, such as Google, Sonos and Bose, will not want Alexa to steal the day, so there is a good chance that these will see offers too. Also look out for bundles, such as smart appliances which offer a free smart speaker to get you started.

And even better news – Amazon have just released their new Echo’s and the range has expanded, so expect the deals to be aplenty. 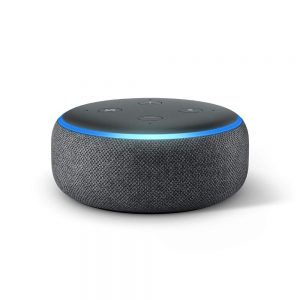 (The 2nd Generation is no longer on sale, but the 3rd Gen Echo Dot will be Black Friday 2019’s biggest deal)

Blenders, stand mixers, slow cookers, toasters, air fryers and other gadgets don’t see huge deals throughout the year. A kettle can be the same price two years after release as it was when first brought out, for example, because they’re technically all luxuries.

So Black Friday is actually one of the best times of the year to grab something like this as it is where the price can actually dip. You can see cheaper models sold for barely anything as stores try to push more expensive items nearer to Christmas, as well as high-end costs slashed.

Some items, such as the KitchenAid stand mixer, do see big deals throughout the year as they try to tempt you in, but Black Friday could see offers such as free attachments or accessories rather than more money off – and some of these alone are £100+. 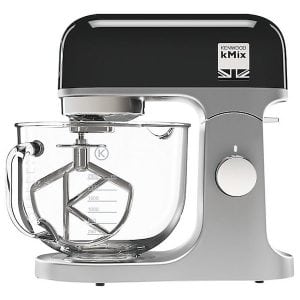 What do we mean by this? Well, basically all of the things you won’t traditionally use in the Winter months. From ice cream machines and smoothie makers to gardening equipment such as lawn mowers and strimmers, all of those things which people aren’t scrambling for will likely be discounted as stores try to get rid of old stock.

A lot of retailers use dynamic pricing, so an algorithm determines demand and price. Lower demand sees rock-bottom prices in Winter, and even lower on deal days.

Necessities in any kitchen, but it is unlikely you’re going to want to purchase the latest show-off model until the price is suitable.

The ordinary price of your standard oven has really come down in the past five years or so, and cookers are also cheaper than ever. So Black Friday is often reserved for the bigger ticket products now, such as range cookers or ovens with smart technology or remote control. It is a good time to buy these, especially with Christmas dinner coming up.

Retailers such as AO, Currys and John Lewis excel here – it is their way of competing with the more gadget-orientated stores. We will include any kitchen appliance deals on our dedicated Black Friday page.

Two kitchen essentials again, which means that there is a huge demand for them throughout the year. When yours is on the blink or suddenly cuts out, chances are you shop around for the best deal at the time rather than waiting for a big shopping event.

Retailers know this, so in general there are always bargains to be had – at least on your standard models which do the job and are in the lower to middle price range.

Black Friday really comes into play with higher-end items, such as American Fridge Freezers or fridge freezers with smart technology. Prices which are usually between £1000 and £5000 will be slashed, as will top-end brands such as Smeg and Samsung. Black Friday is the perfect time to splurge on an appliance treat. 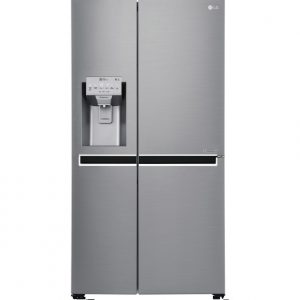 Vacuums are another necessity in any home, and they are an appliance which people are actually likely to purchase whether their current model is slowing down or not so again, there’s always plenty of deals.

If you are willing to pick the model on the day, then wait for a sale such as Black Friday. But if you have a particular model or brand in mind and aren’t budging, and are willing to wait a few months for it, monitor the price throughout the year. When a new model is released, there tends to be a cut in the price of ‘older’ models.

A big brand to look out for on Black Friday will be Shark, a relatively new name on the market who are winning rave reviews and will want to take the top spot soon. On the other hand, the price of Miele rarely changes as they are high-end with just a few top models.

You will likely have very strict specifications in mind for your new washing machine or tumble dryer. It will have to be a certain drum size, have particular settings to match your lifestyle, and you may even be fussy when it comes to colour and design.

This can limit your Black Friday availability, so it is good to check all year round for the best deals. There is a huge choice with loads of brands and retailers, and newer models sees prices fall anyway too.

In our price monitoring throughout the year, we actually saw that washing machines tended to be cheapest between April and October, when spending power is at its highest away from Christmas.

When Are Some Other Good Times To Look For An Appliance Deal?

Seasonal deal events are becoming more commonplace, so in the run up to Summer you may see some summer-themed appliances on sale for example. This will likely be older stock though, to make room for newer models.

Christmas sales (and Boxing Day) are quite big here in the UK, as spending is generally lower as everyone tightens their purse strings. With this fall in demand comes enticing offers, so if you can afford to find a bargain then you may see some real steals. Another time is the New Year, again when people are usually evaluating their money and spending.

The US has a whole host of deal events throughout the year, such as on Labor Day, President’s Day and Fourth of July. On sites such as Amazon, which cover the worldwide market, you may see companies spread their deals across all markets.