Smart plugs are an innovative way to connect your electrical mains appliances to your wifi network, allowing you to control them remotely and turn them on and off from your compatible smartphone or smart speaker. Perfect as well for those hard-to-reach sockets.

The great news is that the large majority will work with your standard appliances, such as existing lights and things like your set-top boxes and chargers. It makes starting a smart home much more accessible, without having to invest too much.

Not only can they mean you can turn off your upstairs lighting from the comfort of your sofa, but they can also be controlled from abroad while you’re on holiday, or set to a timer schedule. This makes them a great addition to your security.

Wondering what the best smart plug in the UK is at the moment? Have a read through of our guide to help you decide: 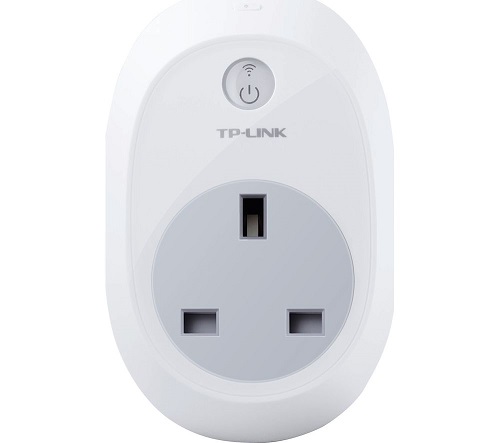 Allowing you to control any plug socket remotely from anywhere, this TP-Link smart plug is able to turn lamps, televisions, chargers and set top boxes on and off without you having to take the plug out or switch them manually.

This makes it perfect for any difficult corners which don’t give you easy access. Simply use the app to stop and power the plug socket and appliance. You can even set a timer so it will switch on and off at certain times, which is ideal if you are on holiday and want to create the look that someone is in.

You can control the plug with your voice too, through Amazon Alexa or Google Assistant. This way, you can turn it on and off easily before you’ve even got out of bed, or add it to a night-time routine so they turn off alongside the alarm being set, heating switching off and sensors being set.

A fabulous answer to your electricity timing issues, and it is a nice price so you can buy a few if needed 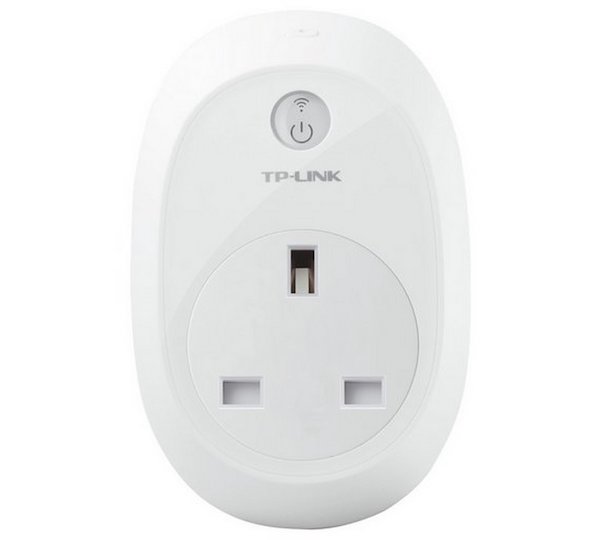 Similar to the original, well-applauded HS100 but with additional energy monitoring. Which makes it worth the little extra price in our eyes. This is the updated version of the first HS110, which has sifted out a few former connection niggles.

Simply put, the energy monitoring means it can analyse the real-time and historical power usage of your particular appliance. Which is handy if your bills are high and you want to see the culprit, or need to look at how much leaving appliances on standby actually uses.

This is on top of the ability to control lighting, heating and appliances from a compatible smartphone, as well as set timers. It can operate over wifi and mobile internet, so if you’re going to be out later than expected and need to turn the lights on from your phone, you can.

You can also set it only to be powered for a certain time, to make sure something like your hair straighteners won’t be on all day.

Really easy to set up, the app remembers your WiFi settings and creates a little network for if you add another TP-Link at a later date, so it connects automatically.

TP-Link knows what they are doing when it comes to wireless connections, and this socket is ahead of the game with the few extra features available 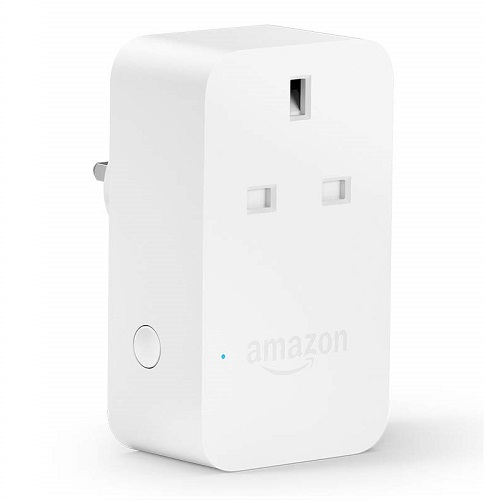 Amazon has long led the way in smart speaker technology, and more recently they have been expanding into other areas using this expertise.

Their recent emergence into the smart plug market has made it easier than ever for homes up and down the country to get in on the smart appliance trend, especially if they love the idea of voice control. Alexa-enabled, you aren’t just limited to operating the switch with your phone.

All you need is an enabled device such as an Echo, Fire TV, Fire tablet, Sonos One, or even just the Alexa App on your phone. Set up helpful routines, so multiple appliances connected to an Amazon Smart Plug all communicate with each other first thing in the morning/when you come through the door at night, or keep things simple and just ask Alexa to turn on the living room lamp when it starts to get a bit dark.

An extension lead can also work off the plug, so say you have your TV, set-top box and games console all plugged into one socket and are fed up of reaching behind the telly to turn it on every evening, the voice operation will sort them all out with just one command.

It is still a relatively new plug in the smart appliance world, so there are some improvements to be made, and revisions are continually being rolled out to update it. Developments such as the ability for a light to turn on just when it goes dark rather than changing the time every month or so would bring it ahead of the competition. But the price and current usability make it a fabulous option for anyone who wants an easy voice-controlled life.

Not as smart as some, but a lot of people have been waiting for this product to be released and it certainly made an impression on us. Does the job, it is safe to say. 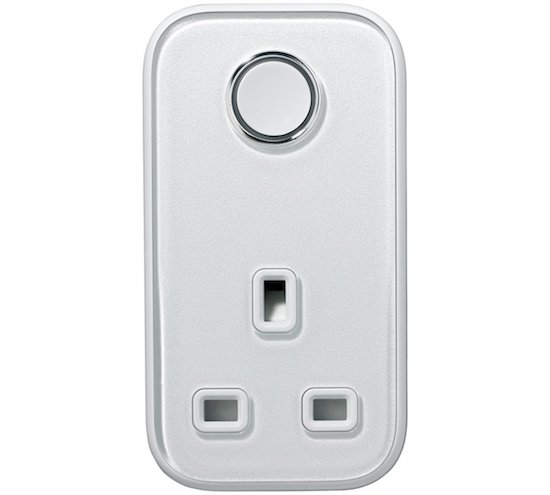 Worried you have left your hair straighteners on but well on the way to work? Check with the Hive Smart App, and turn them off if you have. Without having to return home.

You can connect the Hive Active Plug to the Hive Hub, using the central controller, if you have several products in the range, such as the heating kit and motion sensor. Up to 24 products can be connected – plenty for any home.

In the end, Belkin has been producing their WeMo for a few years now. Does the Hive bring anything new to that mix? Not necessarily. But they do promise more in the future, including IFTTT support. Could be worth getting if you have other products in the range and like the vast choice.

Plus, British Gas is the brainpower behind the Hive range, so you will be paying for quality and a product which will never fail at what it is trying to do.

Pricey altogether, but Hive are a big name and you pay for quality. Great addition if you already have any of the products in the range 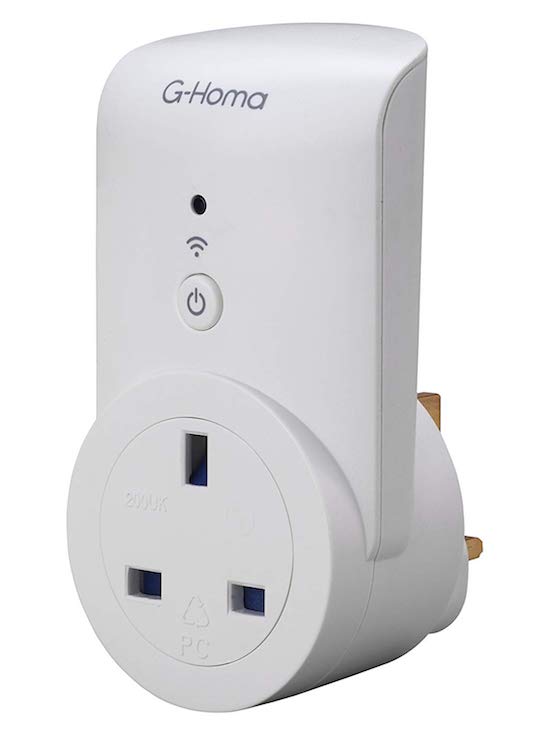 One of the cheaper smart plugs on the market, but that doesn’t mean it is any less efficient at its job.

You can set up timers programmes for accuracy to the minute, and control your appliances from your phone in case you’re away unexpectedly as long as you have an internet connection.

With built-in security through the app, you can set up alerts to receive push notifications or emails if the plug is switched on/activated.

Does the job advertised well. Less technical than a lot of its rivals which allows for the lower price, but still works great. 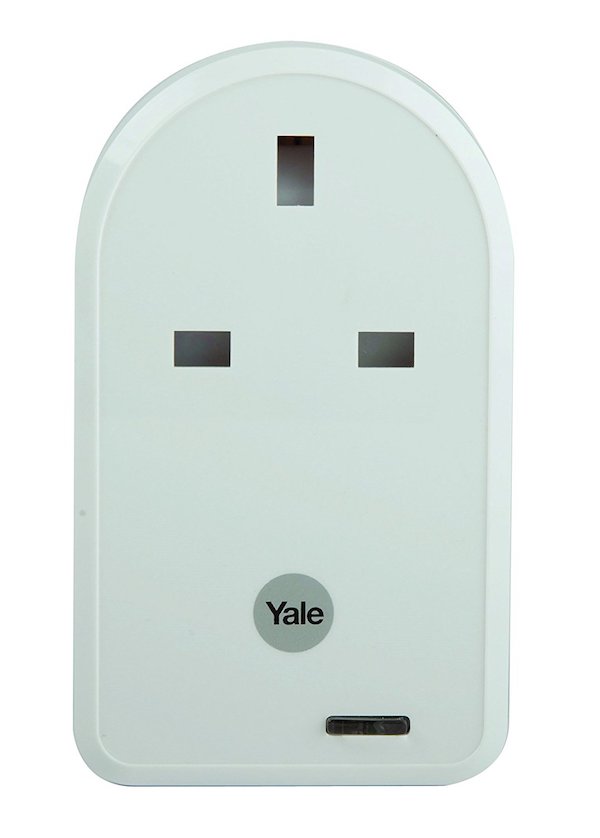 One of the frontrunning choices if security is your main priority when wanting to buy a smart plug.

It can be used in conjunction with your Yale Smart Alarm hub system and therefore you can control everything from your security cameras to motion detectors.

Because the SR-PS uses a secure 868 MHz frequency, nothing will interfere with the signal.

A big downside is that it feels unnecessary to have to connect it to an entire security system, rather than it being standalone. You can use it to operate lighting or the television if you get an alert that something has been set off, but it may not be a necessity.

The Yale SR-PS is great if you already have the Yale system, but don’t necessarily rush out to buy it if not

11 Energy Saving Tips for Your Appliances

Must Have Tech Products for 2021

The Best Smart Plug For You

Think about the products you already have and will want to control before you decide on one.

If you just want a plug which will mean you don’t have to reach behind the sofa every night to turn the light on and off, you won’t necessarily need a fancy plug with a timer and security additions.

But if you want to make sure your TV or lamp comes on at 7 p.m. at night if you’re on the night shift, a timer is a necessity just in case you forget to turn it on manually via the app.

Also, think about what you’re plugging in. If it is a product which you always leave on standby, such as a gaming console, you may want surge protection.

The more features you add to a Smart Plug, the more it will generally cost. But there are some great offers to be had – the TP-Link range is quite affordable when considering how much it does, and its reliability (hence why it is our top pick).

Who Makes The Best Smart Plugs?

TP-Link, Hive and Belkin are some of the biggest names with a wide range of products available. There are hundreds of models out there, particularly from sites such as Amazon, but beware that a lot of unknown models and brands can be inefficient and pretty incompatible with a lot of apps.

Can I Plug An Adaptor Into A Smart Plug?

Usually, no. They have a certain power input and exceeding this, like with all adaptors, will result in it not working. They can therefore only be used with single products.

Are There Any Items I Shouldn’t Use With A Smart Plug?

It isn’t recommended that you use one with devices of a critical nature, such as fridges and freezers which must always be on. This includes things like fish tanks and anything for medical or safety use.