Amazon has fantastic deals every single day, but their dedicated day full of bargains for prime users is always the highlight of their year. On the 25th of June, they finally announced what is going on for this year.

Not only is it spanning two days for the first time ever, but there is also going to be never-seen-before deals, product launches, and some of the best limited time offers in Amazon’s history.

There is also going to be a special Prime Day Concert 2019, headlined by Taylor Swift, where she’ll be joined by Dua Lipa, SZA and Becky G. It will be held on the 10th July at 9pm EDT, which is 2am BST on 11 July for us in the UK.

How Do I Get In On The Deals?

You’re going to have to be an Amazon Prime Member for such exclusive access, of course. You can sign up for a free 30-day trial if you don’t want to pay any money for the privilege, so if you fill out the form right now, you’ll get all of those benefits just in time for the big events.

You’ll be able to watch the concert with this membership too, as you’ll have access to Amazon Prime Video. If you do want to continue the subscription afterwards, it is only £7.99 per month and gives you access to daily deals, Prime Video, and free next-day delivery across thousands of items. Read our guide to Amazon Prime to see what you get for the money if you do choose to subscribe (spoiler: you get A LOT).

What Exactly Is Prime Day?

The first was in summer 2015 when Amazon was celebrating its 20th birthday. But it was such a huge success that they decided to bring it back every year after that.

In 2018, Prime Day was the biggest it has been so far. Over one million deals were available globally. And not ones to disappoint, we presume that 2019 is going to have to be even bigger – especially as they are hiring some pop megastars to kick it off and are still actually keeping us on our toes by not revealing too much.

What Will Be Available To Buy On Prime Day 2019?

We aren’t massively sure yet. There are a couple already up and knocking about – you can save £100 on a Certified Refurbished Echo Show (1st Generation), and they will be exclusively releasing some tech such as the Jabra Elite 85h Copper Black Over-Ear Headphones, eufy [BoostIQ] RoboVac 15C MAX and BISSELL Cordless Crosswave 3-in-1 Multi-Surface Floor Cleaner, which are all available to pre-order right now.

Then, of course, we will probably see their own technology heavily reduced, such as the Amazon Echo range, Fire TV Sticks and Amazon Fire Tablets. You can read our reviews of the Amazon Echo and Fire TV Stick, as well as their rivals, to see if they are worth the money.

Also look out for some other huge names which are popular on Amazon. You may be able to grab yourself a Shark Vacuum (which are all bestsellers), something from the Laptop Store, or even the latest small kitchen appliances to kit your home out.

To give you a better idea, some of the best deals for Prime Day 2018 were: 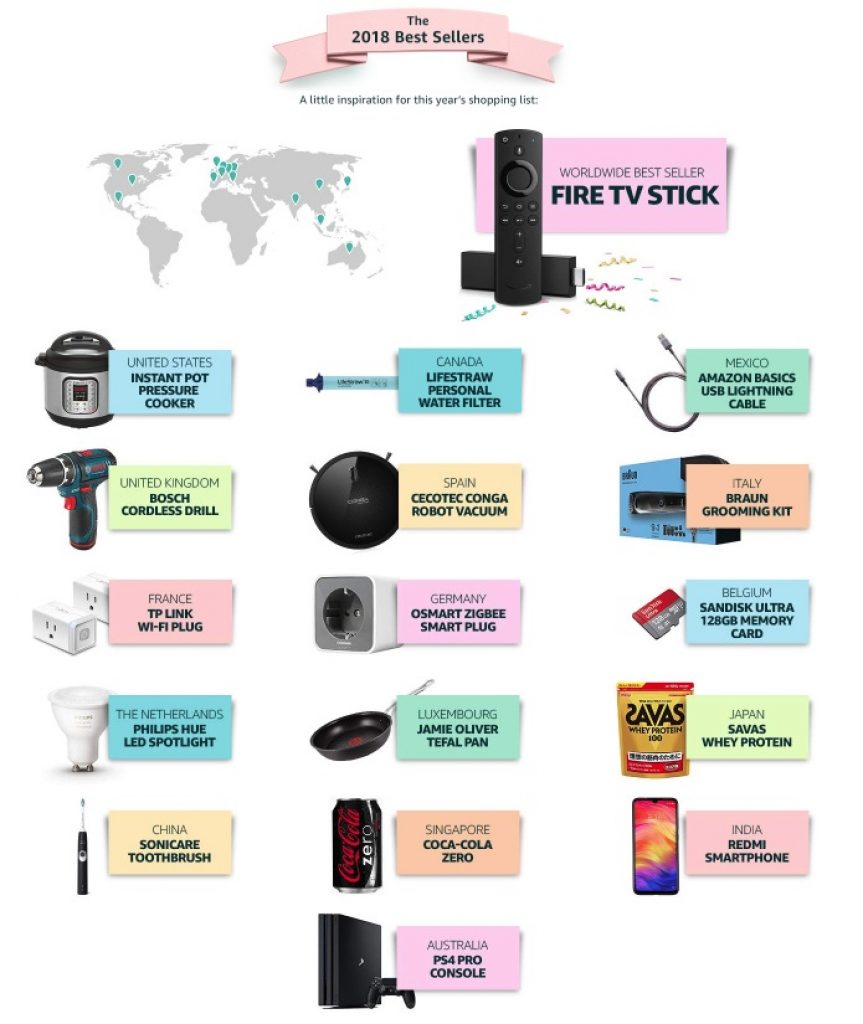 But It Isn’t Just Amazon With The Deals…

In order to compete, loads of stores have deals on which give Amazon’s a good run for the money. Look out for Curry’s, AO and John Lewis for some great deals right across the board. The latter is still in the midst of an up to 50% clearance at the moment. Curry’s have a 30% off Summer Clearance now, Argos are having a sale, and we assume AO will follow.

We said you’re going to have to be quick to snap them up. A recent sale on the Shark NV601UKT Upright Vacuum Cleaner saw such demand that there is currently a waiting list of a few weeks before delivery for those who left it until later in the day to buy.

So, here are some tips to ensure your checkout can be as fast as possible: